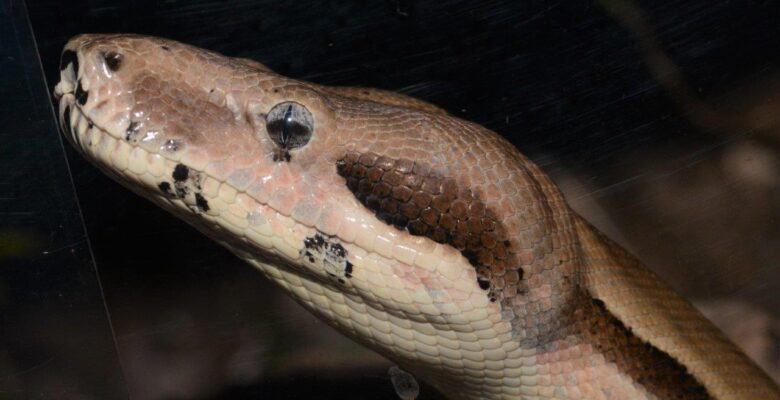 Boa imperator is native to Colombia, on the western side of the Andes Mountain Range. 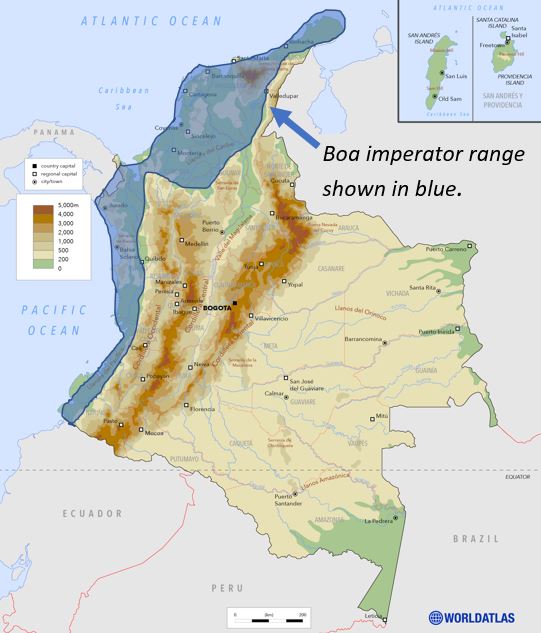 This region of Colombia has relatively stable annual temperatures. 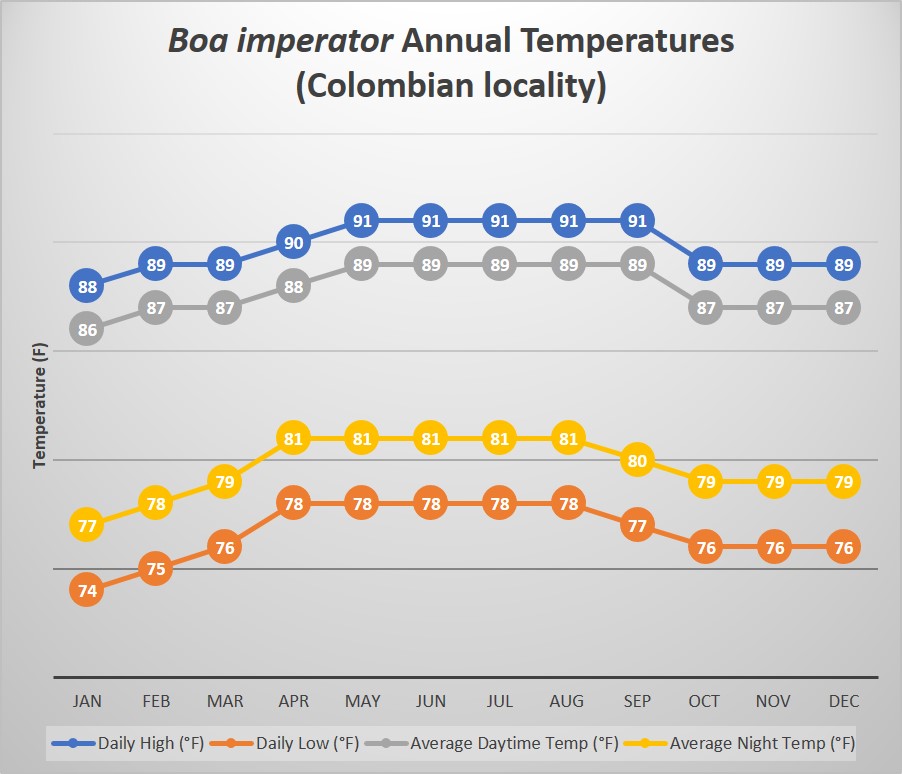 During the coolest months (October-March), there are daily highs of 88-89℉ and daily lows of 74-76℉. 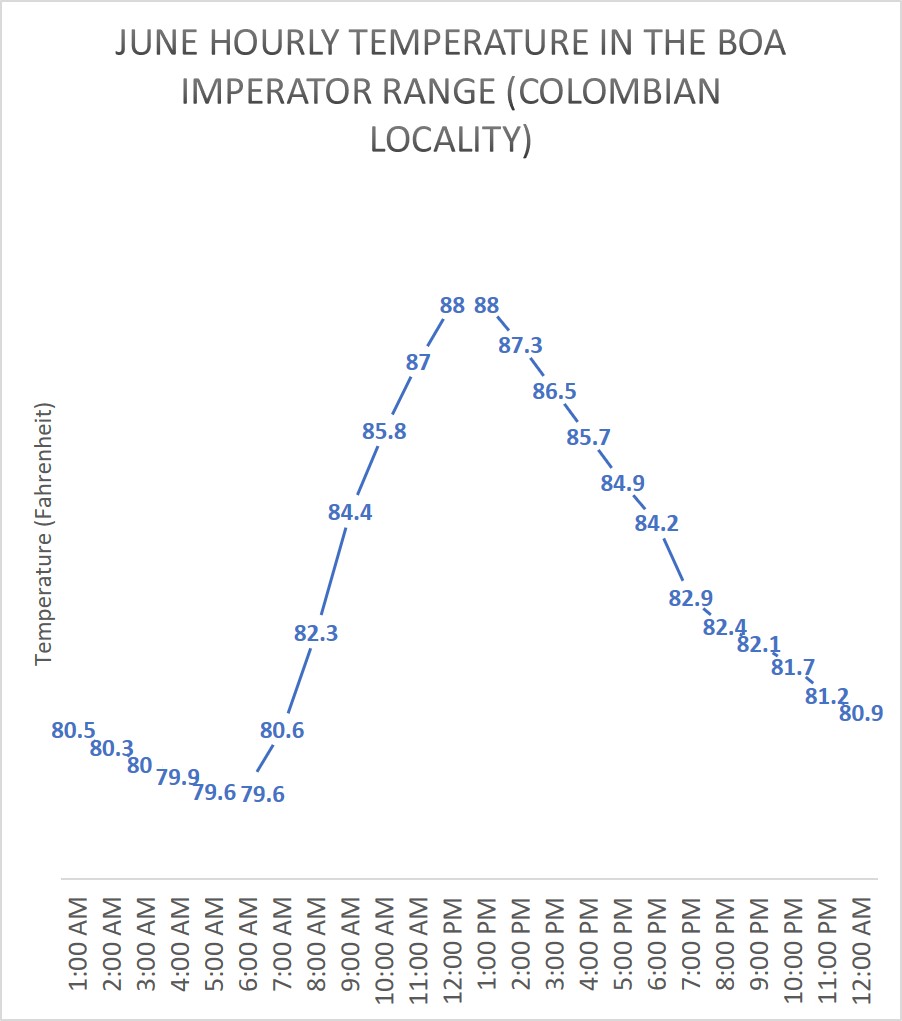 The chart above represents the average hourly temperature in this part of Colombia during the month of June.

There is a “wet” season (May-November) and a “dry” season (December-March). Boas consume most of their meals during the wet season as a result of prey abundance. On the other hand, boas fast during the dry season as food becomes limited. 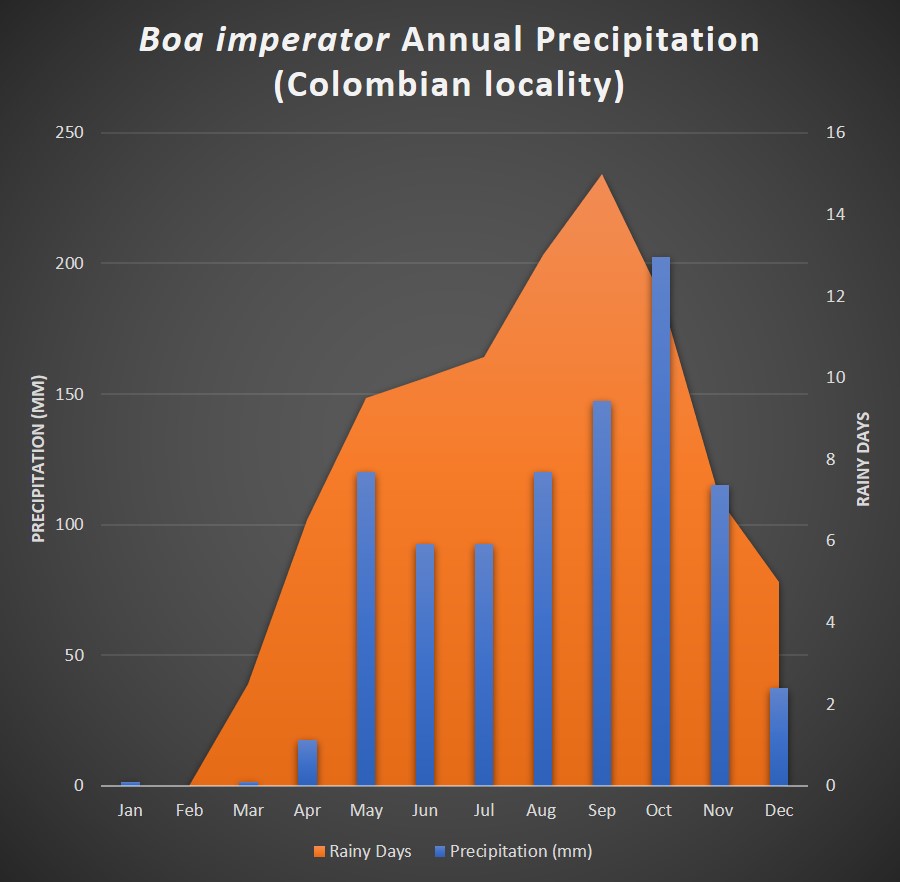 It is sunny year-round here, with 11.5-12.8 hours of daylight per day throughout the year. December has the shortest days and June has the longest days. 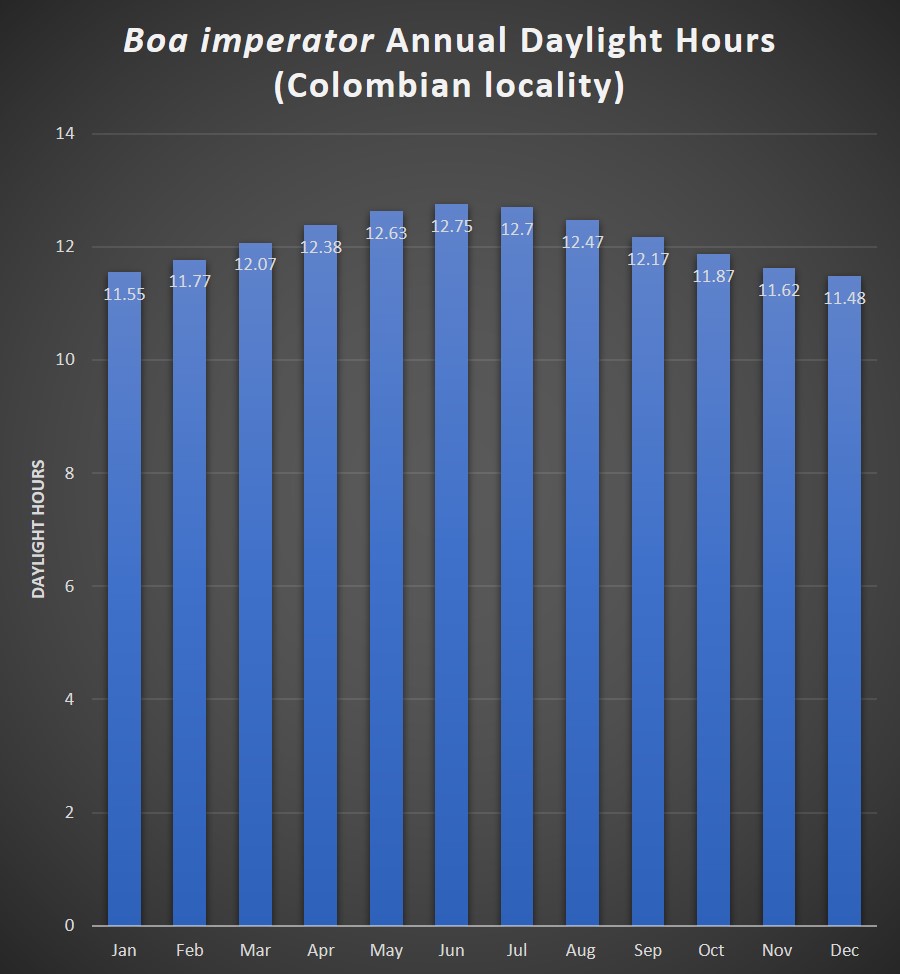 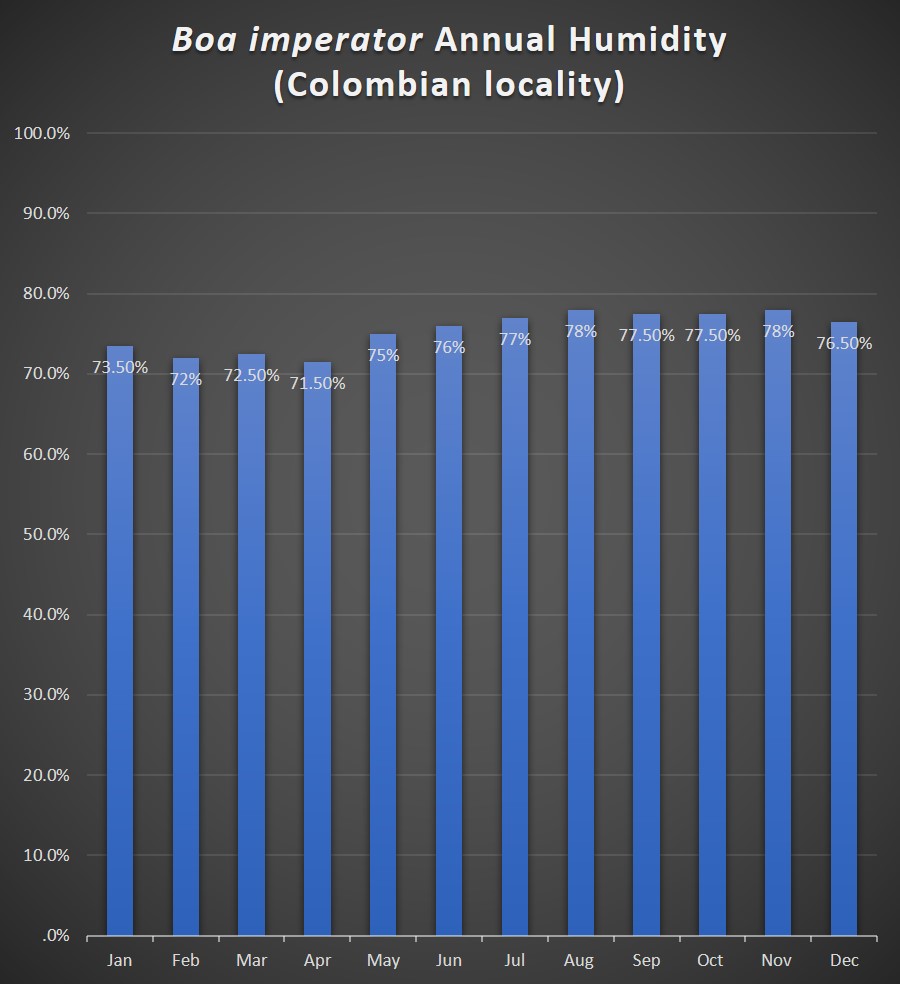 Shown below are examples of some of the agricultural habitats that boas can be found in. Boas adapt well to live around people, feeding on rodents and in some cases small livestock or pets. 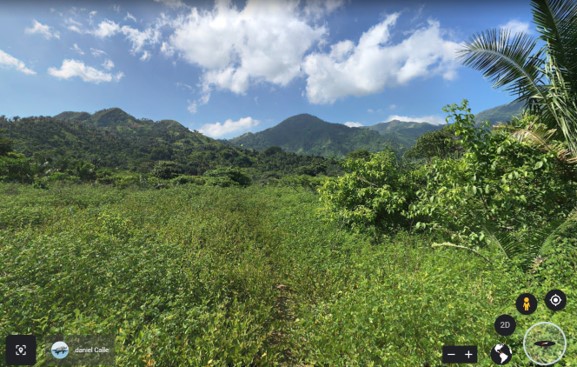 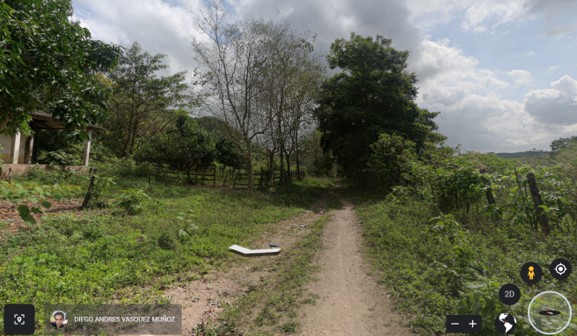 Shown below are some examples of the forested habitats that boas live in. They prey on a variety of mammals and birds as adults. 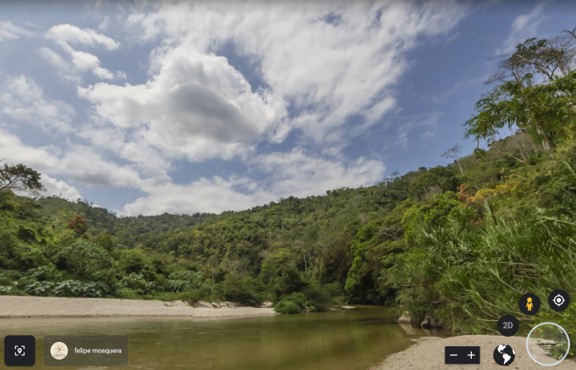 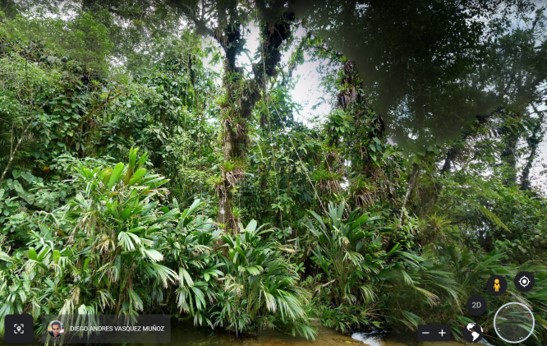 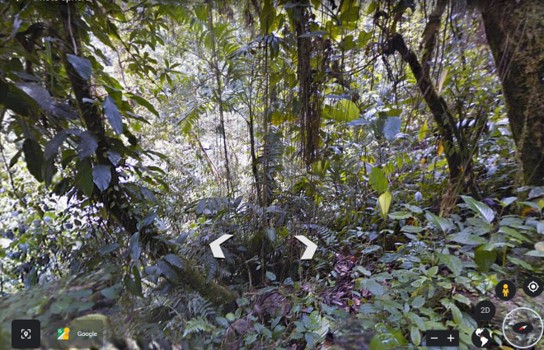 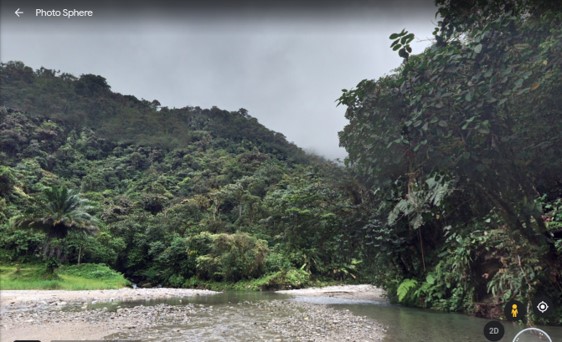