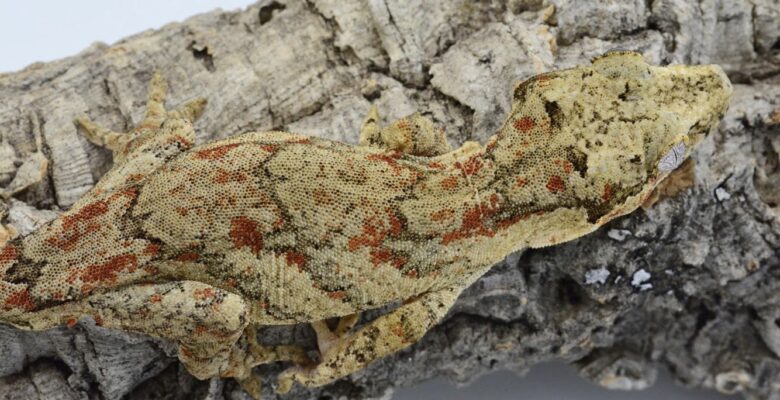 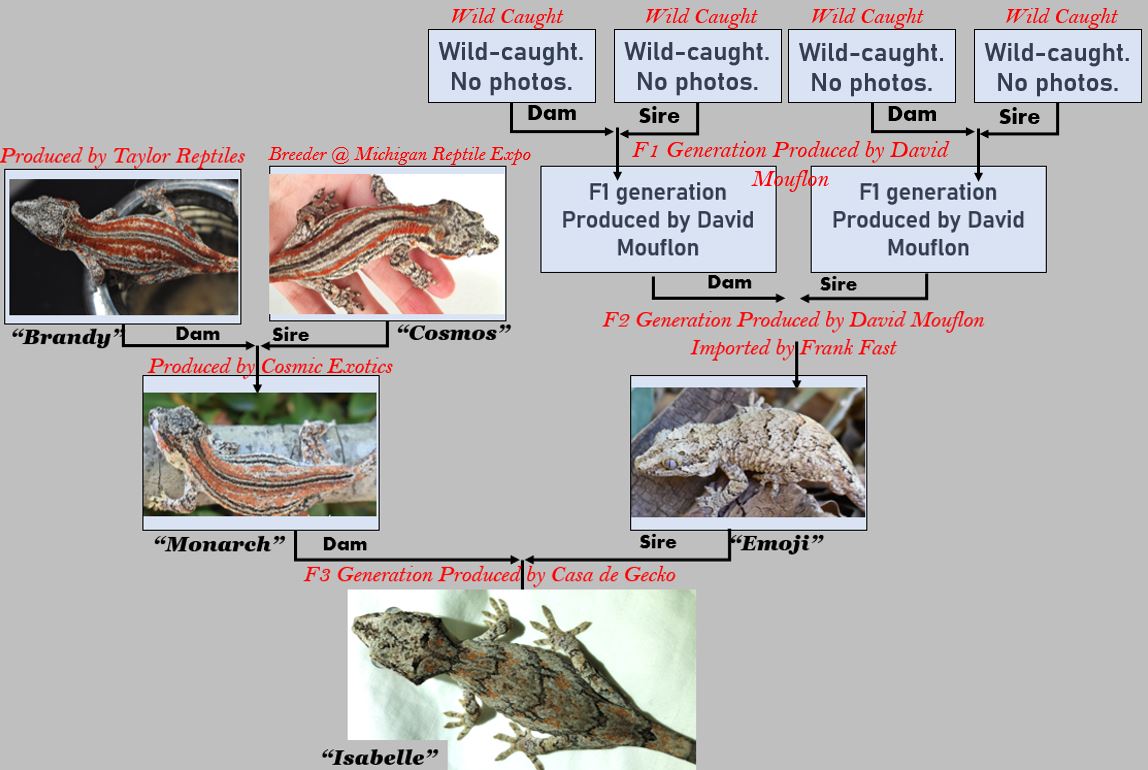 Origin: He was produced by Casa de Geckos (Sam Wusstig) with the identification number #MOE3 and hatched on August 22, 2019. He arrived here with me on January 14, 2020.

About: “Izzy (MOE3)" is an F3-generation male light-based aberrant banded reticulated with orange botching, sometimes he shows a darker brownish-gray base.  He is special to me because he is an F3 generation gecko, his great grandparents were caught in New Caledonia. Izzy has a regrown tail and some damaged toes, these injuries occurred when he was in Sam Wusstig’s custody.

His father “Emoji” is an F2 generation black and white banded, he was produced by David Mouflon of France and imported to the United States by Frank Fast. The paternal grandparents were both wild-caught in New Caledonia and imported to France.

Breeding History: Izzy was paired with Emerson in 2021.