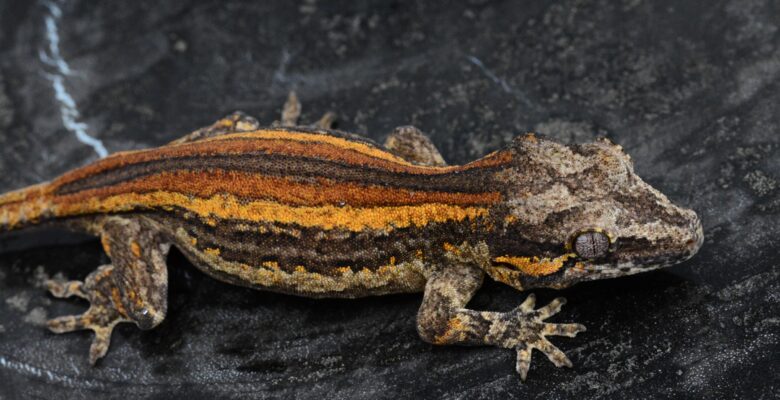 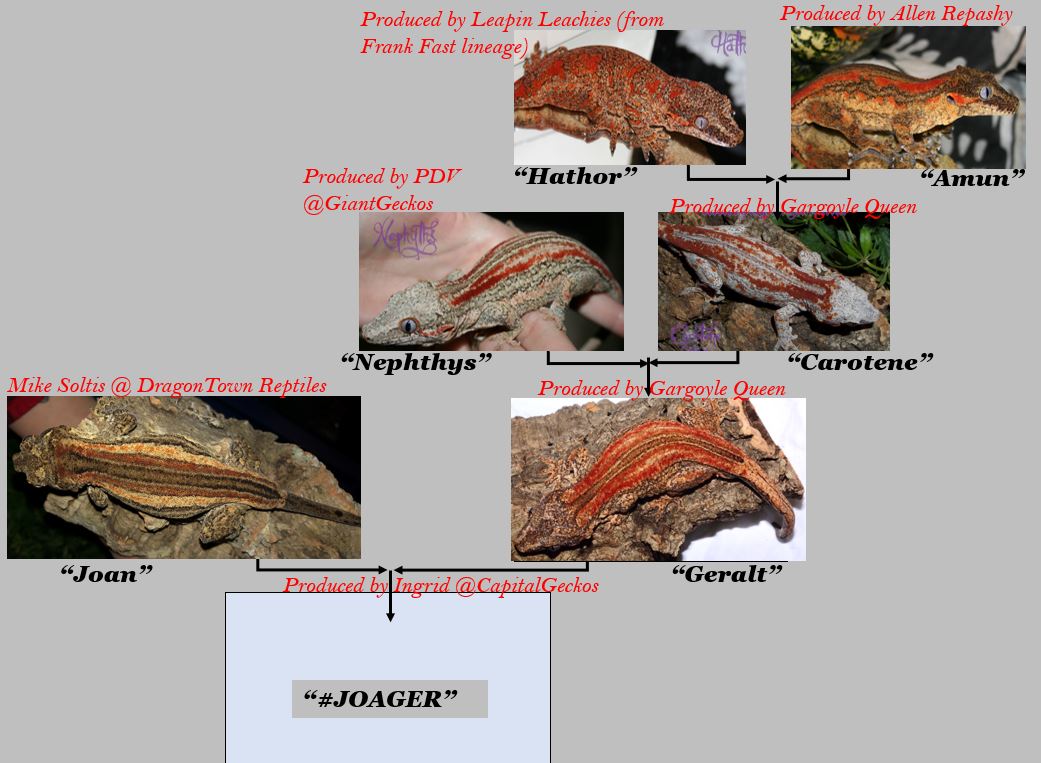 Origin: Azazel (Joager4) was the fourth baby to hatch out of my 2020 Joan x Geralt pairing and hatched on September 18, 2020, after 50 days of incubation. Azazel weighed 2.58 grams upon hatching.

About: Azazel has two stick clean dorsal stripes that run down his back. At the moment they are bicolor stripes, the interior is a reddish-orange and the exterior is a yellowish-orange.

Azazel’s mother "Joan (JR0323)" is a female gargoyle gecko with a light base and bicolor stripes (thick red and creamy-saffron) from Mikee Soltis at Dragontown Reptiles.

Azazel’s father "Geralt (Gcanep15002)" is a male gargoyle gecko with a yellow base and broad red stripes, who sometimes fires up with a reddish background. He was produced by Gargoyle Gecko Queen in 2015 then sold to Godzilla Geckos in 2017, before finally coming to us in January of 2020. The paternal grandmother “Nephthys” is a pinkish-red striped gecko with a pink base when fired up and a white base while fired down. She has very soft and small scales. She was produced by GiantGeckos in 2011. The paternal grandfather “Carotene” aka “Gamha13001” hatched May 24, 2013 and has very saturated red dorsal stripes and some red blotching down either side of his body and legs. Displays a yellowish-brown base while fired up and a white clean base while fired down. The paternal great grandfather “Amun” is a red striped gecko with a yellowish-brown base. The stripe is somewhat irregular and there is red blotching along his side. Gargoyle Queen purchased him from Repashy in 2010 but it is estimated he hatched in 2005. The paternal great grandmother “Hathor (Ha (SCLL))” has intense orange-red blotching and a reticulated red base. She was produced by Leapin Leachies in 2009.