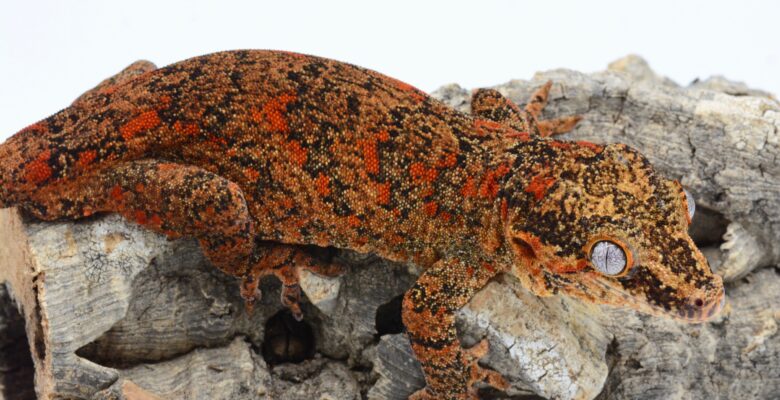 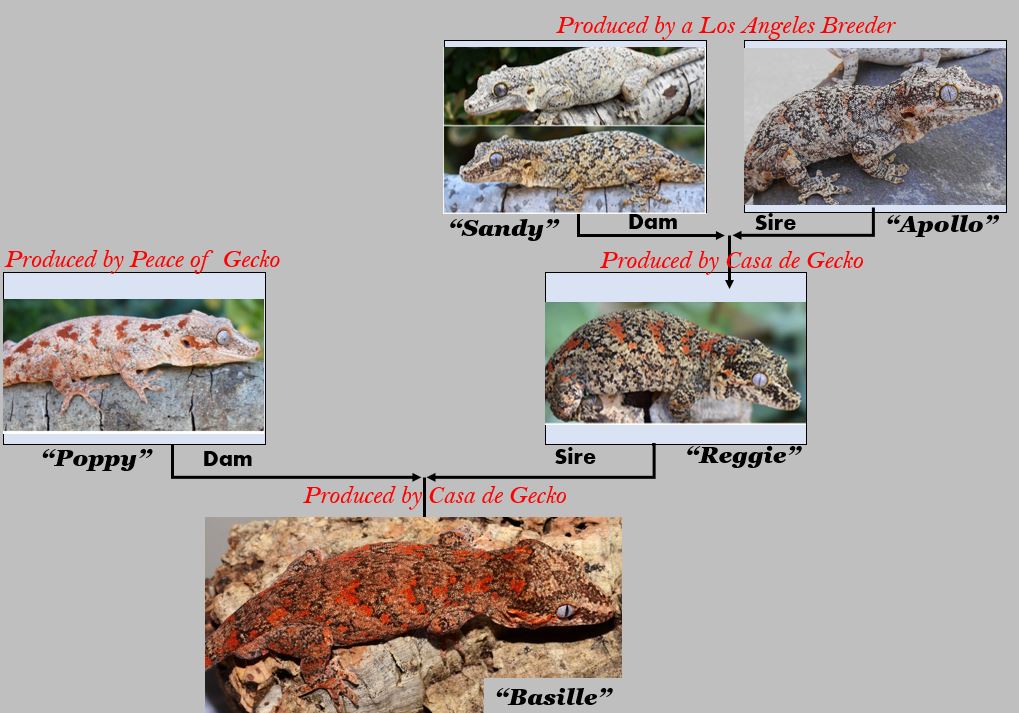 Origin: He was produced by Casa de Geckos (Sam Wusstig) from a Poppy x Reggie pairing, with the identification tag #PR6. He hatched on August 5, 2019. He arrived here with me on January 14, 2020.

About: “Basille (PR6)" is a male pinkish orange based banded reticulated with orange botching, when fired down he has a light pinkish base. His lineage has red blotching, banded patterns, pink bases, and yellow bases.

His mother “Poppy” has a light red/pink base with red blotching arranged in a banded pattern, she was produced by Peace of Gecko.

Breeding History: Basille was paired with Nephthys in the winter of 2021.