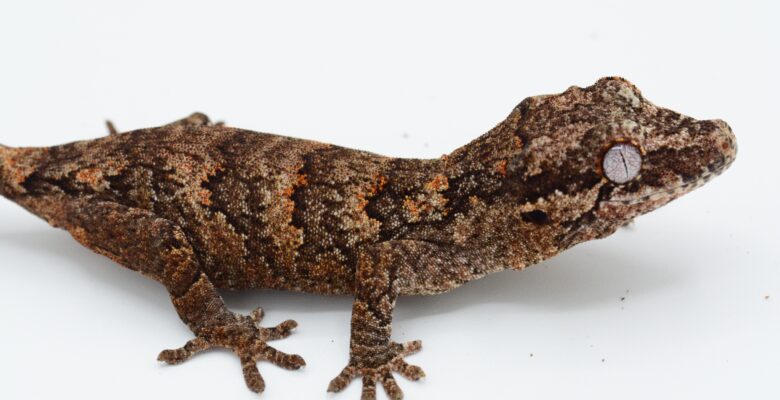 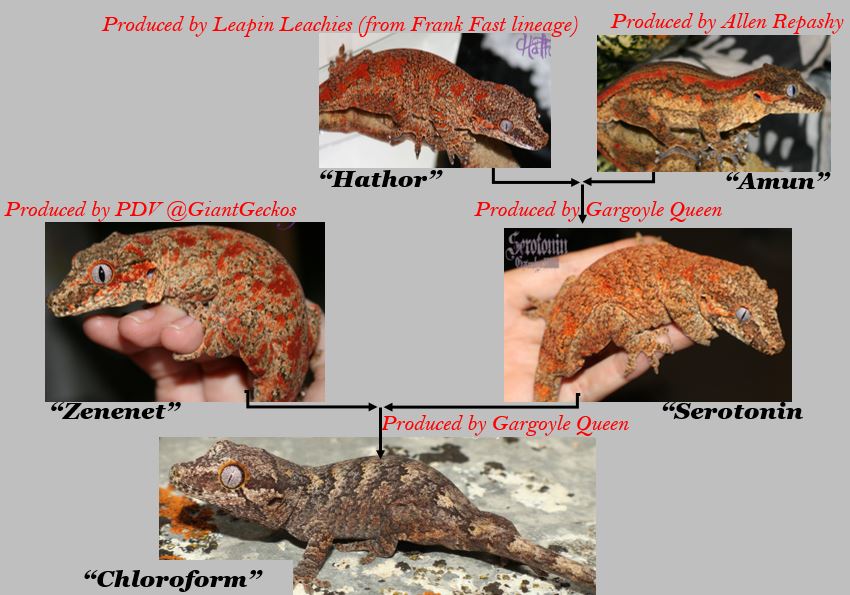 Origin: Chloroform was produced by Gargoyle Queen out of a "Zenenet" x "Seratonin" pairing and hatched on July 31, 2020, (s)he is a full sibling to the famous "Vapona". She arrived here in my custody on October 14, 2020.

About: “Chloroform (Gseze2006)" is an unsexed banded reticulated gecko with some light orange blotching

Chloroform's mother "Zenenet (PdVGG)" was produced by PDV (Philippe de Vosjoli) at GiantGeckos in 2011, she is a red blotched reticulated gecko that fires up with an orangeish-yellow base and fires down with a clean white base.

Chloroform's father "Serotonin (Gamha13002)" was produced by Gargoyle Queen out of a "Hathor" x "Amun" pairing and hatched on May 25, 2013, he has neon orange blotched over a thinly banded reticulated pattern with an orange-red base. He is a full sibling to "Arsenic", "Osmium", "Radium", and "Carotene". The paternal grandmother “Hathor (Ha (SCLL))” has intense orange-red blotching and a reticulated red base. She was produced by Leapin Leachies in 2009. The paternal grandfather “Amun” is a red striped gecko with a yellowish-brown base, the stripe is somewhat irregular and there is red blotching along his side. Gargoyle Queen purchased him from Repashy in 2010 but it is estimated he hatched in 2005.