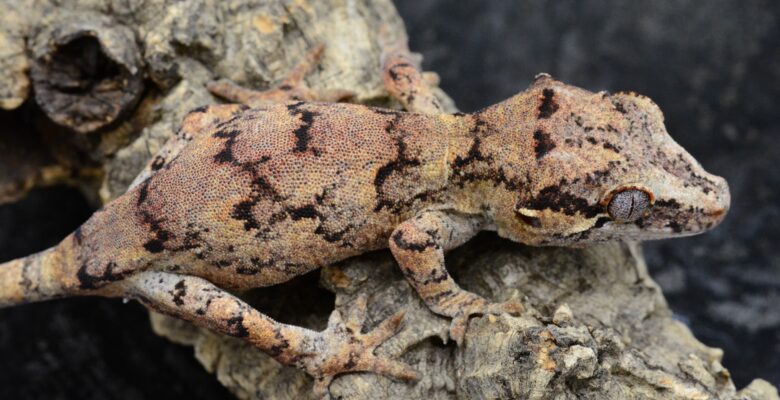 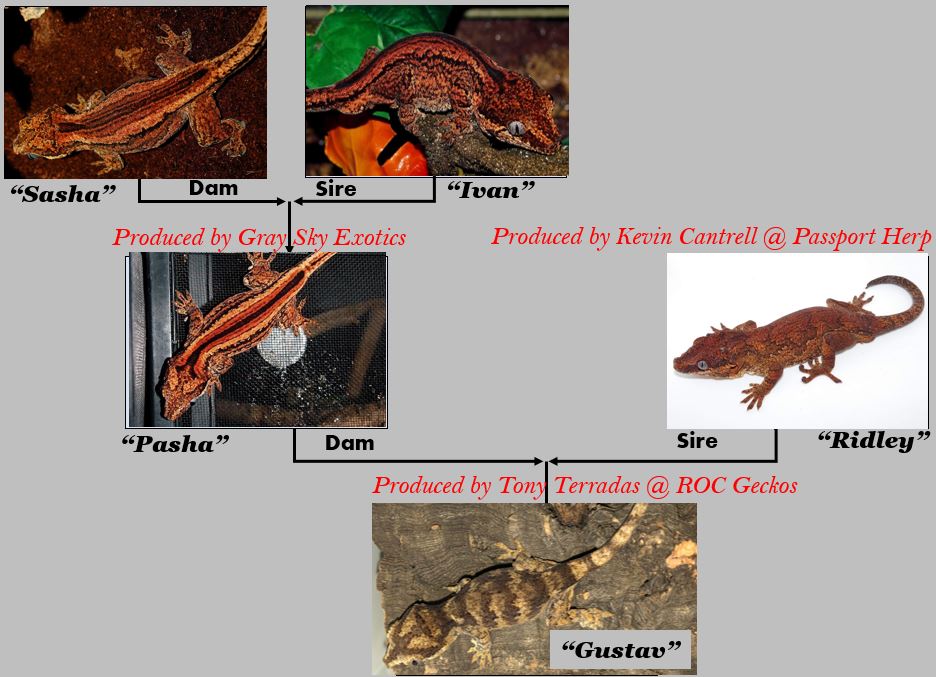 About: Gustav is an unsexed banded reticulated gecko that will most likely develop a red base.

Gustav's mother "Pasha (S3)" is a bicolor reddish-orange and yellow stripe with a brownish-yellow base, her hatch date is August 10, 2010.  She was produced by Gray Sky Exotics out of a "Sasha" x "Ivan" pairing. Pasha's father "Ivan (SI, DI, VI, LI)" is a melanistic striped gecko with a rusty-red base and when he fires down he appears a grayish-pink. Pasha's mother "Sasha (SI, SS, SB)" is a peachy-pink based gecko with bicolor reddish and yellow stripes, like Ivan she also fires down with a grayish-pink hue. She hatched on February 5, 2008.

Gustav's father "Ridley (PPH-g1)" is a rusty orange-based banded gecko, his reference code is PPH-g1. He was produced by Kevin Cantrell @ Passport Herp. Ridley is an abnormally large gargoyle gecko weighing in at about 120 grams, he is about 50% larger than a typical gargoyle gecko and his offspring are remarked for their size. His mother "Geisha [auriculatus_f01]" is a red-based banded gecko who hatched on July 1, 2006, and his father is "Garrison [auriculatus_m01]" is a red striped gecko that hatched on August 1, 2006.