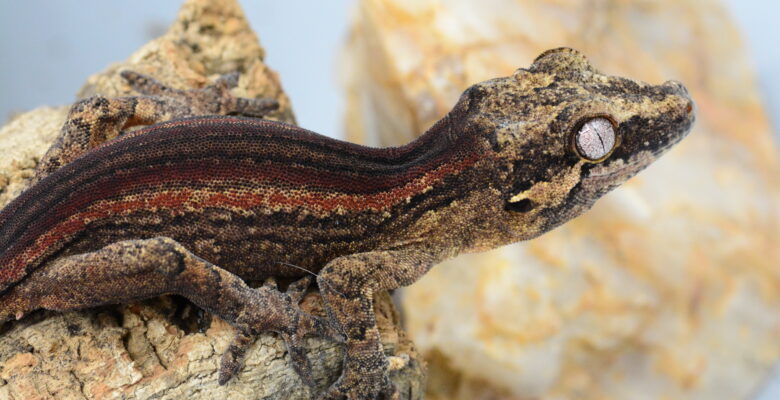 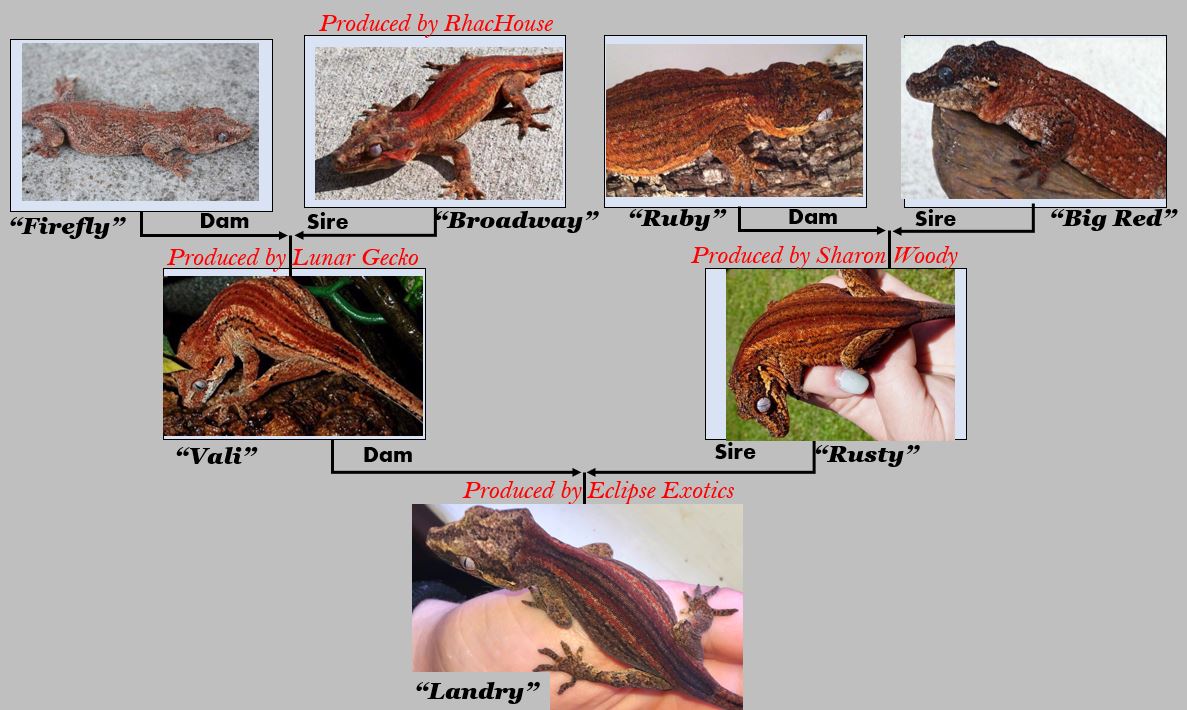 About: Landry is a bacon stripe with a dark rusty-red base. Landry is showing 5+ rows of pores at the moment which leads me to believe he is male, but he is still quite small so this is not 100%. He hatched on July 20, 2019. Landry was produced by Kelly at Eclipse Exotics. Landry comes from a red-based red-striped lineage (G4 group). This lineage also contains a blotch and several phantom eyes.