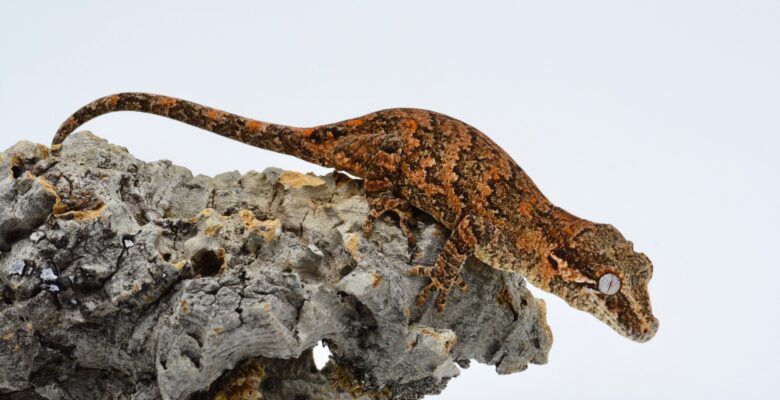 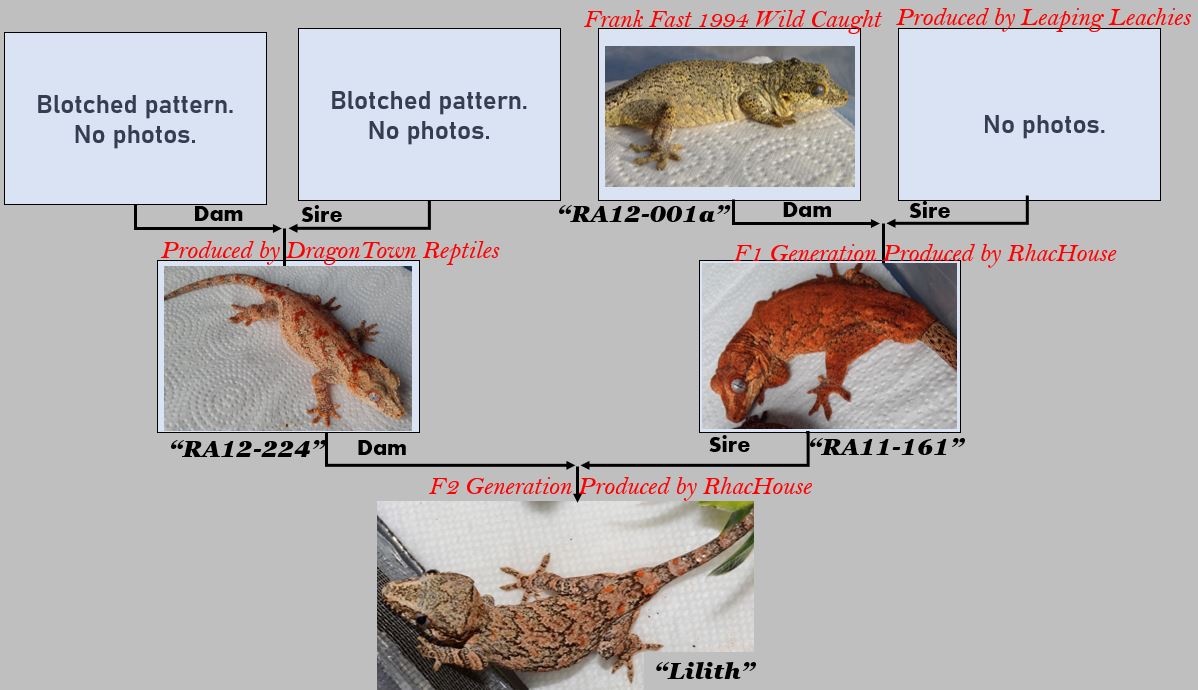 About: “Lilith (RA19-265 G7)" is a female F2 generation gargoyle gecko orange-based aberrant banded reticulated gecko, full sibling to "Augustus (RA18-219)". She is special to me because he is an F2 generation gecko, his grandmother was caught in New Caledonia during a 1994 expedition. This means that all of her offspring will be F3 generation, which can provide your collection with a lot of genetic variation Her lineage has a lot of variation – blotches, banded, reticulated, pinks, yellows, oranges, and phantom eye.

Her mother “#RA12-224” has a washed-out pink base with intense red blotching on either side of her patternless dorsal area, she was purchased from DragonTown Reptiles in 2012. There are no photos of her parents but they were both blotches.

Her father “#RA11-161” is an F1 generation born in 2010, he has a vibrant pink base with strong red and orange hues and reddish-brown on his sides but almost no pattern along his dorsal area. No photos of the paternal grandfather but he was a red-based reticulated gecko and the sire to group 7 for awhile, he was produced by Steve at Leaping Leachies. The paternal grandmother is a wild-caught female “ID #RA12-001a” Paul from RhacHouse purchased her from Steve from Leaping Leachies who bought her from Frank Fast. She was collected as an adult in a 1994