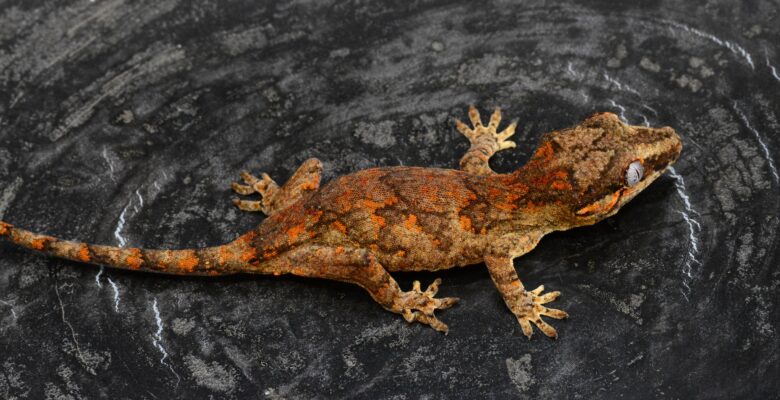 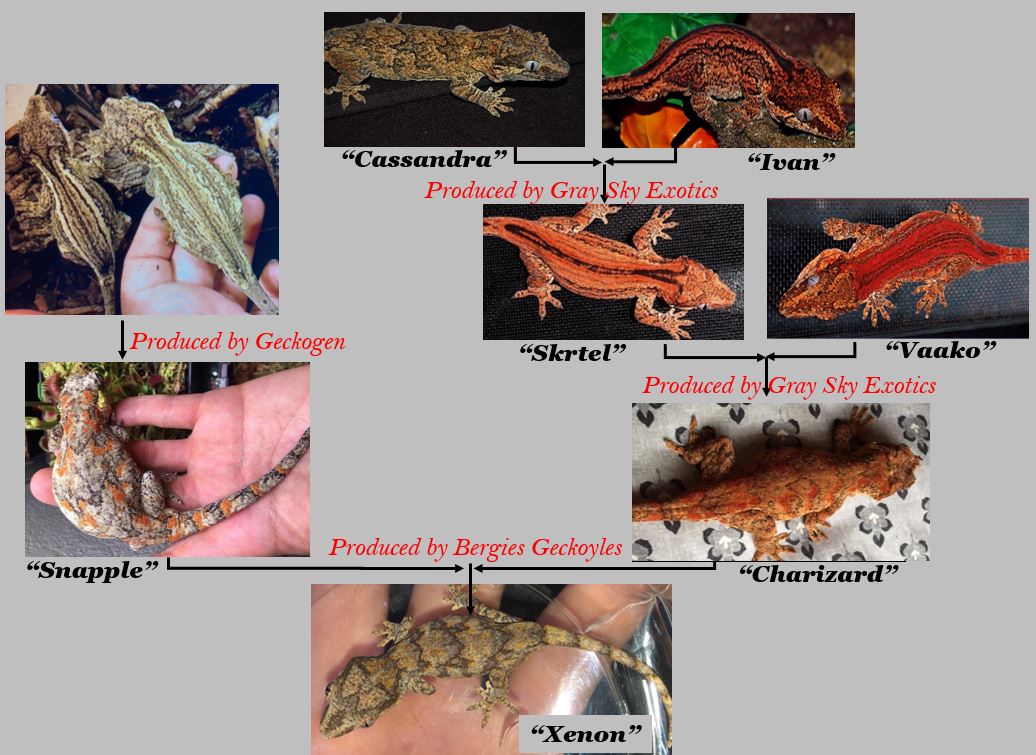 About: Xenon is an unsexed blotch with an aberrant banded base.

Xenon's mother "Snapple" is a yellow-based aberrant banded gecko with orange blotching. She was produced by Geckogen out of two yellow-base striped geckos, Snapple was previously owned by Bryan Kawata at Koalas Geckos.