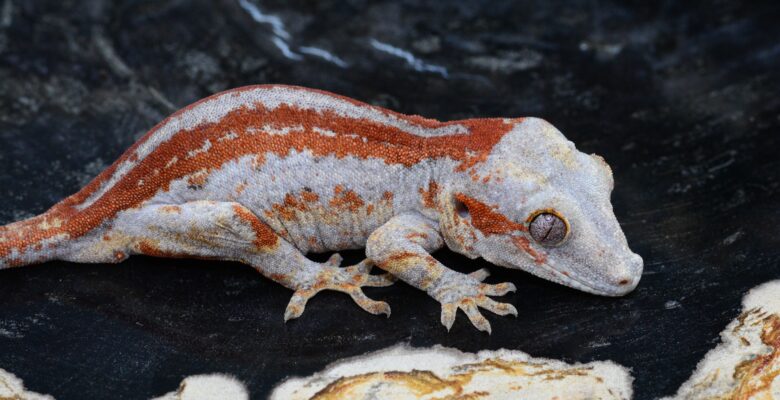 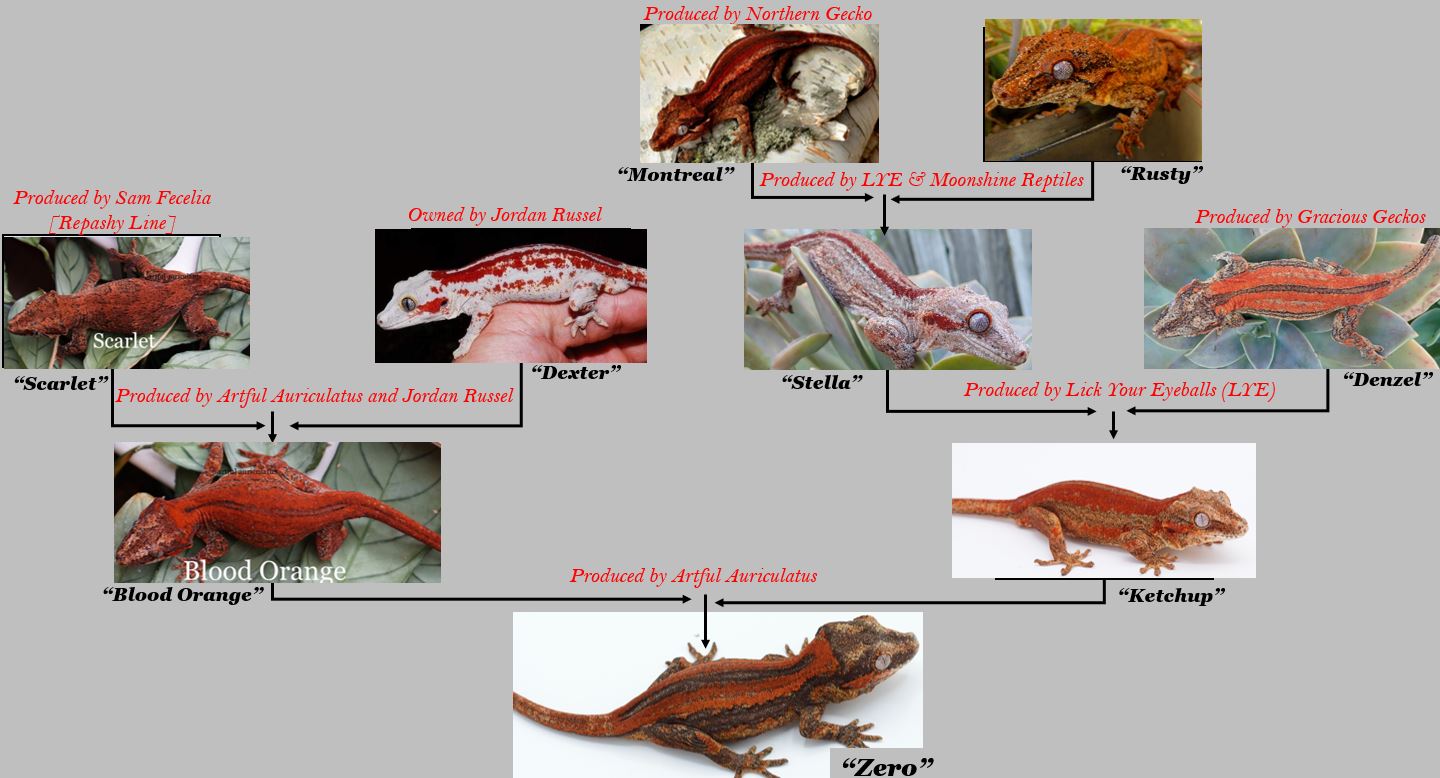 Origin: Zero was produced by Sarah Nugent of Artful Auriculatus in August of 2020. S(he) arrived here with me on December 3, 2020.

About: Zero is a striped gargoyle gecko with thick and saturated red dorsal stripes that stretch all the way from the tail to the top of the head, and a bit of lateral coloration as well.

The father “Ketchup” was produced by Lick Your Eyeballs (LYE) out of a Mars group pairing between “Denzel” and “Stella”, “Ketchup” is also a full sibling to “Dracula” now owned by Kenneth (Geckosandmemes). He has beautiful thick red stripes that fuse at the neck and sides, he also has some lateral coloration. He has a tannish-beige base color when fired up and fires down to white. The paternal grandfather “Denzel” is the sire to Lick Your Eyeball’s Mars group, he was produced by Gracious Geckos and sold to LYE in April of 2015. He has a beige base color with thick reddish-orange dorsal stripes. The paternal grandmother “Stella” was produced in a breeding collaboration between “Rusty” a brick red striped male owned by LYE and “Montreal” red striped female owned by Moonshine Reptiles, but produced by Northern Gecko. Stella hatched on July 28, 2015 and she has a pinkish base with pinkish-red external dorsal stripes.

The mother “Blood Orange” was produced out of a breeding collaboration between “Scarlet” owned by Sarah Nugent (Artful Auriculatus) and “Dexter” owned by Jordan Russel (California Breeders Union) in early August of 2017. “Blood Orange” is a beautiful red striped gargoyle gecko with a vibrant red base. The maternal grandfather “Dexter (M1)” is a red stripe previously owned by Jordan Russel he hatched on July 18, 2015, and he is now owned by Crystal’s Creatures and has been renamed “Atticus”. The maternal grandmother “Scarlet” was produced by Sam Fecelia in California, but originates from Repashy lines. She fires up with a desert red base color but has a pale pink base when fired down, she is calm and large.