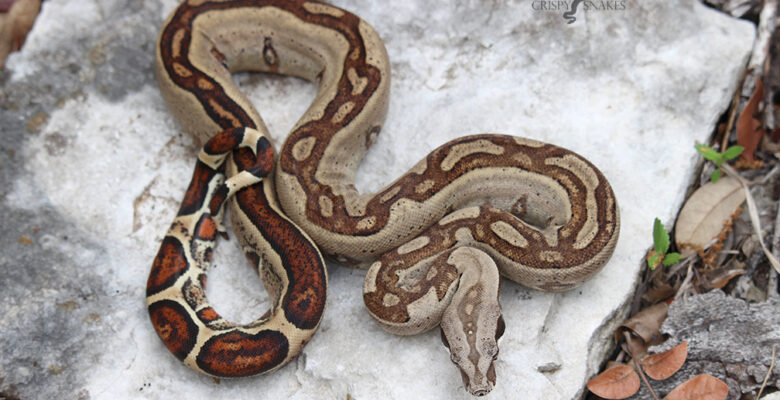 The Jungle mutation alters the pattern and color of the boa. These animals have a solid beige background color, a needle shape on their head, and reduced saddles which are aberrant and oddly shaped which extends into their tails. Their eyes are bold and very distinctive. They have increased yellow and orange pigmentation in their body as a result of an increase of xanthophores (pigment-containing cells). Xanthophores synthesize enzymes that convert carotenoids into the yellow pigment xanthin.

This mutation is incomplete-dominant and originates from South American boas. The homologous form of the mutation is expressed when the boa has two homologous alleles of the mutated gene, this is referred to as the “super” form. Early death, weak livers, and sterility have been linked to super jungles. When the animal is heterozygous meaning it carries one mutated allele and one normal allele then a completely different phenotype is expressed. The heterozygote will express proteins for each allele and can be considered an intermediate phenotype between wild and “super jungle”. In the visual heterozygous form of this mutation, the saddles may form zigzags or chain links. 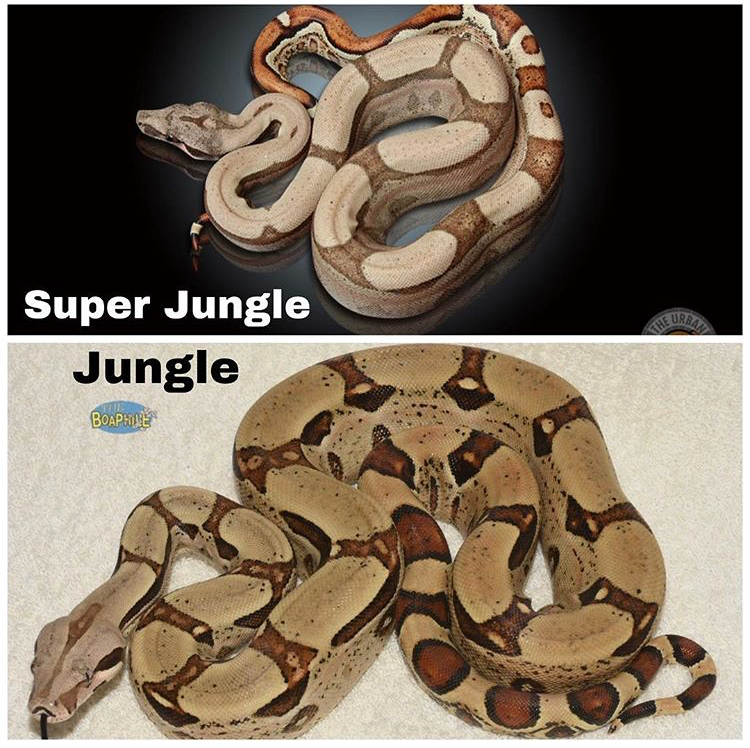 2 Replies to “Jungle Mutation in Boas”