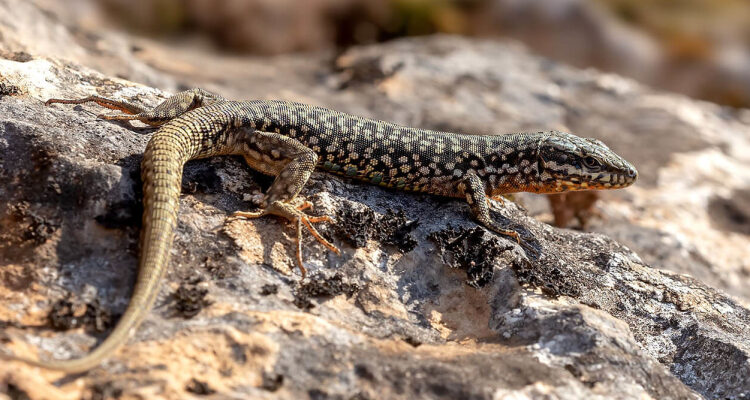 I chose to review a research article titled “shorter telomeres precede population extinction in wild lizards” that examined the potential to use telomere length as a biomarker for impeding extinction in populations of ectothermic animals which face a higher risk of climate-change-related-extinction due to their reliance on external heat sources.

This is especially true for low-altitude mountain-dwelling populations of reptiles that are frequently exposed to abnormally high temperatures, such an example is seen with many populations of southern European common lizard that have gone extinct over the lasts 20 years.

The researchers investigated the telomere length in 10 populations of yearling common lizards and hypothesized that telomere length would correlate with the risk of extinction as a result of thermal stress eroding their telomeres.

For each population, they calculated the altitude, maximum and minimum daily temperatures, and relative changes in abundance over a 12-year period, and then they used this information to assign scores for extinction risk.

They proposed that thermal stress leads to an irreversible loop of physiological aging in a collapsing population before its extinction. With the telomere length being eroded during embryonic development and in early life as a direct result of thermal stress or as a cost of the faster juvenile growth that is associated with higher temperatures. And then when these lizards reach reproductive age their offspring will inherit the already shortened telomeres.

Ultimately, these results demonstrated that telomere length decreases with increasing extinction risk, which confirms the potential to use telomere length as a biomarker of extinct risk for ectothermic animals.